The Economy has Moved Beyond the Initial Explosive Rebound Phase 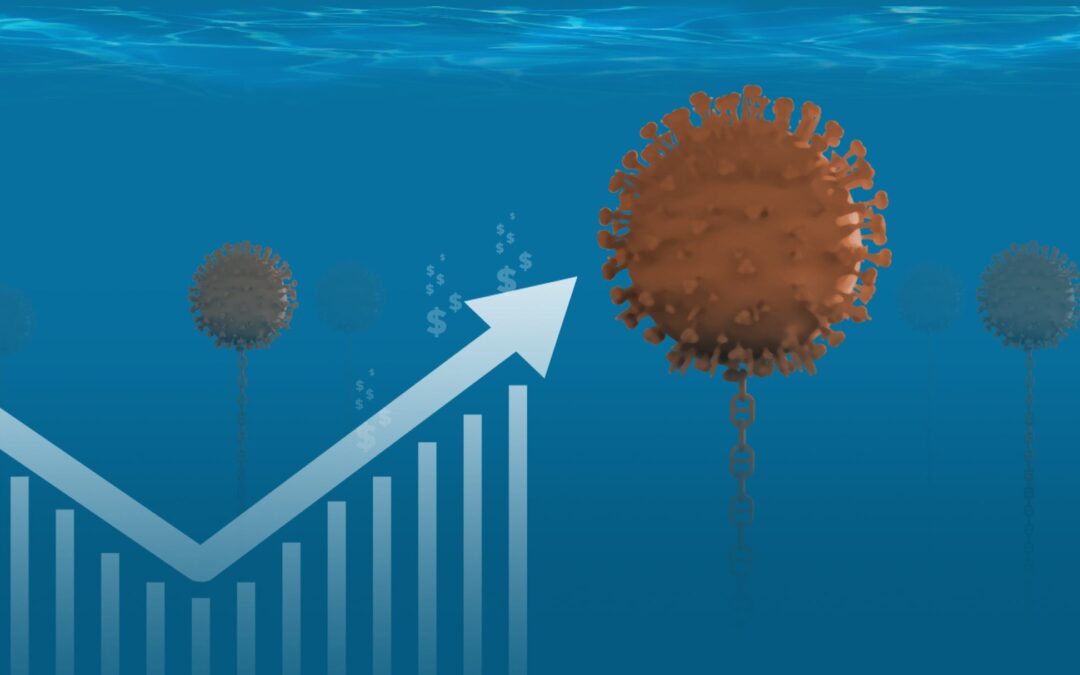 We’re almost back on track. COVID, its impacts, and lifestyle changes have been the focus of our lives for the past 20 months or so. Economically, no country was spared from the COVID repercussions. All economic paths emulated that of the U.S., as seen in the blue line in the chart. But the economic end may be near.

The economy was growing at a pretty steady clip. Notice the unadulterated line leading up to the fourth quarter 2019 followed by the steep fall off. At the time, questions about the length of the economic travails leading to a depression was on people’s mind. The rebound occurred unexpectedly swift with no historical parallel. Fast forward to the third quarter 2021 to find expectations equaling estimates of a non-COVID economic world and forward projections surpassing the long-term trend.

The swift rebound was due to massive governmental fiscal and monetary support as well as the responsive private sector. Governments learned from the Credit Crisis that governmental support is often a needed medicine during difficult economic times. Interestingly, this is nothing new as this is basic Keynesian Economic theory. The often-ignored flipside is removing governmental support when the economy can stand on its own.

The economy has moved beyond the initial explosive rebound phase and into sustained growth. Hence, it seems to be a good time to remove the governmental crutches. On the fiscal side of the equation, different states have limited or removed enhanced unemployment assistance and other direct governmental support with national enhanced assistance concluding this week.

On the monetary side of the equation, the Federal Reserve is attempting to zero in on the optimal period to remove such support. This will come in two phases; 1) remove open market bond purchases and 2) raise interest rates. Removing massive monthly bond purchases must come first and slowly. Removing bond purchases is like weening an addict, it must be done slowly. Tapering bond purchases is expected to begin late this year with targeting raising rates late 2022.

The Congressional Budget Office (CBO) estimates were provided in their latest August release. There are a few important caveats with the Delta variant (or other COVID variants) being a wild card. Also, Congress is contemplating various spending packages which could impact forward projections. Although the stock market is not directly linked to the economy, there is a causal relationship. Stock prices, in aggregate, seem to have been trading above fundamentals, so a near-term healthy correction is still possible.