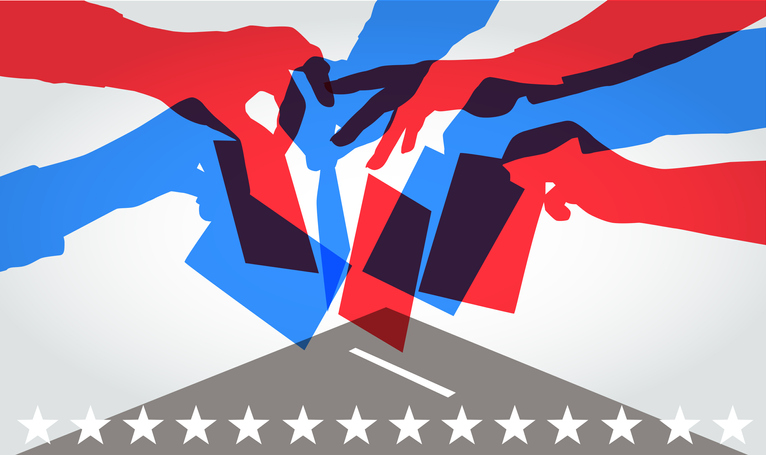 Election season can be a tough time for investors to maintain a long-term perspective, given the strong emotions often evoked by politics. Campaign rhetoric tends to amplify negative and divisive issues. This election, in particular, is unprecedented in modern times — marked by the combination of a deadly pandemic, a global economic recession, widespread civil unrest and extreme market volatility.

Moving to the sidelines would be an understandable approach for anxious investors who prefer to wait and see what happens. As history has shown, however, that is often a mistake. What matters most is not election results but staying invested.

Consider the historical performance of the Standard & Poor’s 500 Composite Index over the past eight decades. In 18 of 19 presidential elections, a hypothetical $10,000 investment made at the beginning of each election year would have gained value 10 years later. That’s regardless of which party’s candidate won. In 15 of those 10-year periods, a $10,000 investment would have more than doubled. While past results do not guarantee future returns, election-year jitters should not deter investors from maintaining a long-term perspective.

The only negative 10-year period followed the election of George W. Bush in the year 2000. During that decade, the S&P 500 posted a negative return amid two seismic events: the 2000 dot-com crash and 2008 global financial crisis.

By design, elections have winners and losers, but the real winners have been investors who stayed the course and avoided the temptation to time the market.