Neuroeconomics and Behavioral Finance are Two Areas to be Aware of 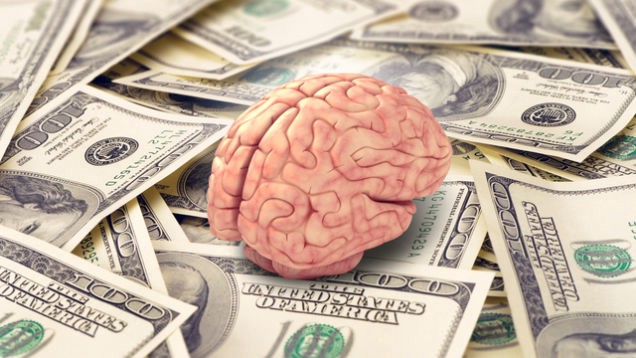 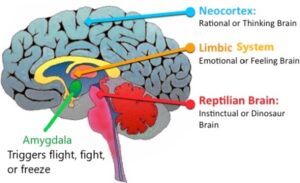 2 + 2 = 3 or 4 or 5 or… Ever wonder why financial markets don’t react the way one might expect? There are times when positive news is met with a market drawdown, or the market overreacted to news that had no financial influence. Most think of the financial markets are very logical and methodical. Yet, odd reactions call this into question.

“The body needs what the body needs” was the statement a friend said years ago. In other words, as much as we think we have evolved to a higher plane, we can’t ignore primal functions, i.e. hunger is your body saying, “I need sustenance and energy.” Ignore hunger pain for too long and eventually your buried body won’t need to worry about eating.

The brain developed the limbic system and components such as the Amygdala to control or trigger emotional response. These structures elicit a fight or flight response to save your physical being during perceived danger. These structures purposefully bypass higher cognitive thinking. Think about it, thousands of years ago on the African Serengeti, one human in the pack starts running, if you paused to contemplate the reason for his running… you could be dinner. That would be the end of you and your genetic line. The limbic system was developed for immediate decisions and quick reaction without contemplation.

How does that translate to today’s modern financial world? Monday’s market volatility was the modern equivalent of the African Serengeti. We may not have the fight or flight to save our physical being; however, the brain perceives the danger of loss (monetary loss in this case) as the same as physical loss or harm.

Monday’s volatility was primarily triggered by the potential default of Chinese real estate developer Evergrande. Even before markets opened, the news got whipped into a frenzy as news outlets began postulating a world financial crisis on par with the 2008 financial credit crisis. As our brains perceived the fear of loss, blood rushed to the emotional centers of the brain (limbic system) and away from the cognitive and reasoning centers of the brain. In other words, one human started running and the media generated the frenzy prompting others to run. We refer to this as Herding, an actual behavioral finance concept.

The moral of the story is neuroeconomics and behavioral finance are areas we should be aware of at all times. Just by knowing how physiology and psychology impacts decisions is enough to ward off poor knee-jerk reactions.