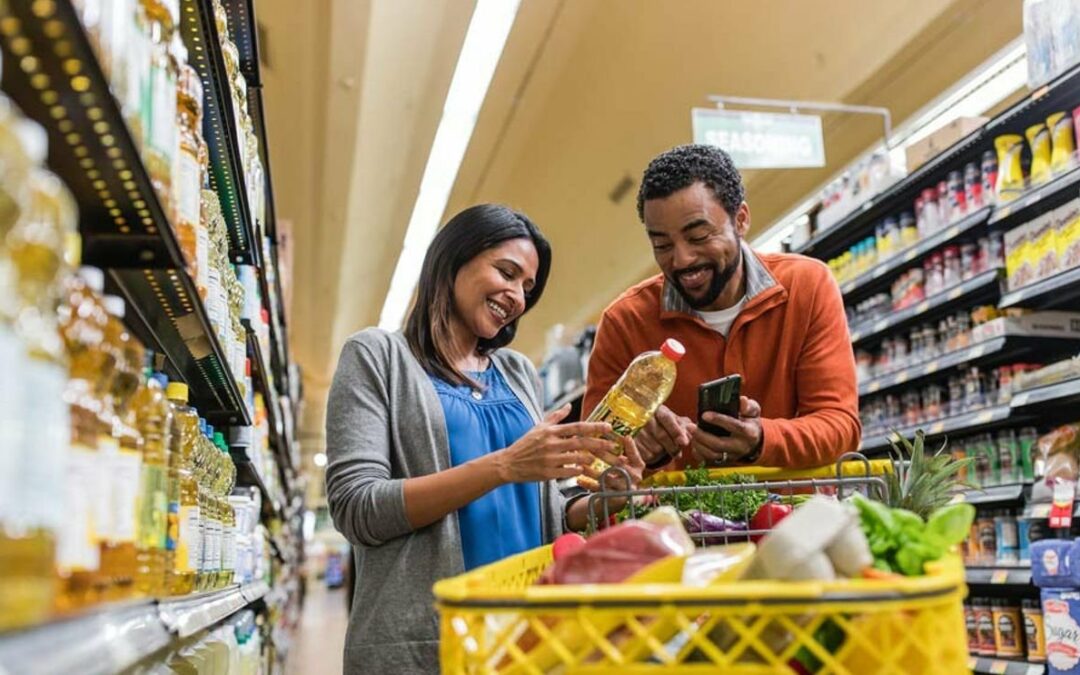 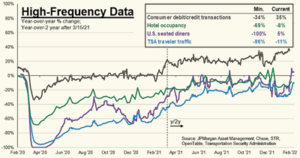 “Watch what people do, not what they say,” is a poignant piece of advice applicable to so many facets of life. Relative to investing, paying attention to the data can reveal fundamentals absent from the rhetoric.

Not too long ago, figures were hard to come by. Information was either not tracked, not readily available, often required data research subscriptions or was buried in months-old reports. The focus on data collection in the modern age has transformed investment strategy tools. Specifically, some data referred to as “high-frequency data” offers an almost real time assessment of what’s going on.

Consumers make up about 2/3rds of the U.S. economy, hence tracking their interests and spending habits is a high priority for investment strategies. Recent high-frequency data such as hotel occupancy, dining outside the home and passenger travel have seen huge upticks. We can refer to this as a “reopen trade.” Omicron dampened holiday spirits, added to the winter blues, and suppressed experiences. The corollary is a rebound as Omicron subsides, restrictions are relaxed, and spring fever enters the picture. The most recent retail spending data1 far exceeded expectations. Despite conflict on the other side of the world, consumers are ready to get out and do what consumers do best.

A broader look at the financial health of consumers seems poised to support their spending desires. In short, consumers are flush with cash, due to a hangover from last year’s fiscal policy and lack of spending during Omicron. Even with employers filling vacant positions, jobs are plentiful. The constrained labor supply gives job seekers the courage to command higher wages. Since consumers are workers, higher wages should contribute to spending fodder. Admittedly, higher wages also contribute to systemic inflationary pressure.

Much of the comments are centered around U.S. consumers, however similar trends are developing outside the U.S. The extremely contagious Omicron was also far less fatal. The silver lining is a much higher global vaccination rate and naturally attained antibodies, giving global citizens more courage to venture outside the home. Data outside the U.S. shows a similar spring awakening taking hold.

The sticky wicket is the Russian offensive. A prolonged involvement is likely to dampen the above-mentioned cheer with consumers across the pond being more sensitive for obvious reasons. Secondarily, the Federal Reserve (Fed) is set to raise rates with recent comments by Fed Chairman, Jerome Powell, signaling a 0.25% raise during the next Fed meeting on March 16th and fulfilling the financial markets expectations with a 99.8% probability2 as of this typing.

The opinions expressed are those of Heritage Financial and not necessarily those of Lincoln Financial Advisors Corp.