The Media has Jumped on the Term “Stagflation” 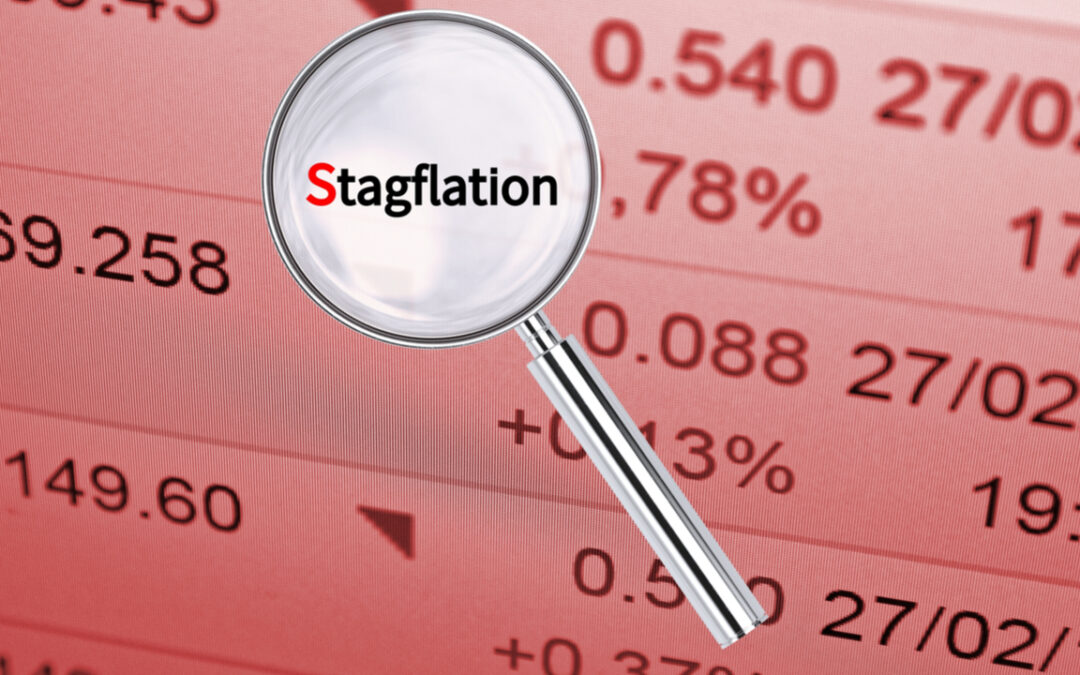 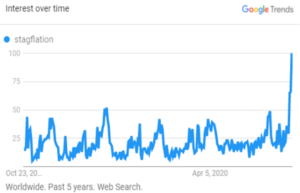 The 1970s called and they want their economy back! The latest term that the media has jumped on is “stagflation.” A recent search of Google Trends has shown that the term has skyrocketed on worldwide internet searches.

Every few years, the media brings out the “S” word. This includes highly regarded periodicals as The Economist magazine, The New York Times, CNN Money, MarketWatch, Moody’s Analytics, to name a few. The “S” word is tied to the gloomy 1970s with double digit inflation, high unemployment and a go-nowhere economy. The only thing missing is Michael Jackson’s Thriller playing in the background. “Expert” media has been chomping at the bit to be right about a 1970s repeat that they’ve missed the mark every single time… and they’re wrong again.

First, what is Stagflation? The definition is pretty straight forward. Stagflation is persistently high inflation coupled with high unemployment which leads to a stagnant economy. Stagflation poses a problem for central banks because there is no easy way out. The stagflation of the 1970s was cured by a forced recession to bring down inflation allowing companies to reset capital deployment and labor use, resulting labor reallocation and job creation. But the severity of the 1982 recession was a heavy price to pay to get things moving again.

Where are we today? The two components, inflation, and unemployment are not giving any danger signs. Although, inflation has elevated over the course of the year, there is a debate about the cause and the ultimate path. Is inflation transitory or structural? There are good arguments on both sides, but the preponderance of evidence is pointing towards mostly transitory. In short, most of the inflation is tied to temporary dislocations. Inflation during the spring/summer was from pent-up demand for dining, travel, and entertainment, which was ultimately satiated. The semiconductor chip shortage is due to semiconductor factories being offline. Point being inflation pressures are mostly being caused by temporary situations.

There are structural concerns influencing longer term inflation. For example, the evolution of self-driving trucks is hindering new truck drivers causing bottlenecks. Why start a career when the career may not exist in 10 years? Hence, there are systemic items that lend themselves to inflationary pressure. However, there are also structural aspects which reduce inflation. The same driverless trucks translate to more efficient means to transport products, lowering the cost of the final product. As such, the long-term influences are mostly a wash. In either case, inflation is nowhere near the realm of crippling 1970s double-digit inflation.

Stagflation is also characterized by high unemployment. Well, September’s unemployment just clocked in at 4.8%… and has been falling pretty consistently for 17 months1. On top of that, job openings are near all-time highs with 10.4 million job openings1. For the cherry on top, the Quit Rate, people quitting their job, is at an all-time high1. (People quit their jobs when they are confident about their future, hence it’s an indication of a strong economy.)

I hate to be the bearer of good news, but the media has it wrong. The data just doesn’t support the stagflation narrative.