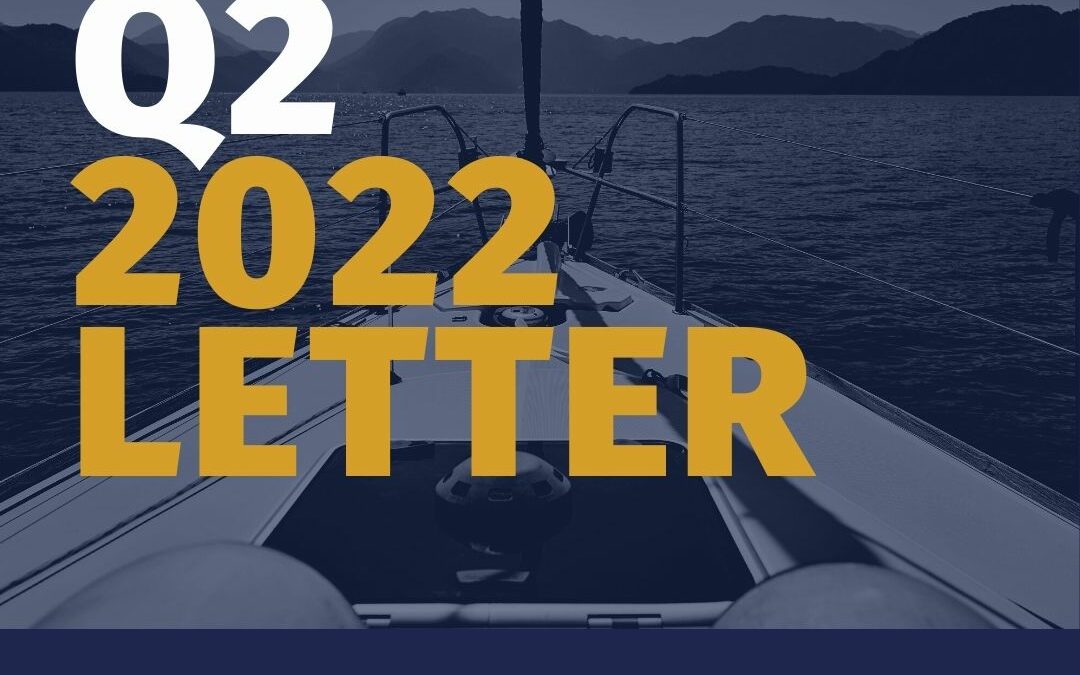 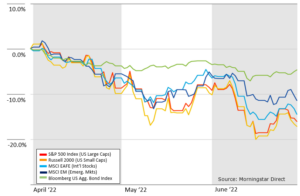 Financial markets continued to wrestle with a challenging investment environment during the second quarter. Markets are trying to find the right foundational trading range against the backdrop of continuing uncertainty.

Markets seemed to have bottomed in mid-May with a relief rally through the beginning of June. However, June 10th was met with an unexpected left hook of higher-than-expected inflation1. This gave already anxious investors more to worry about. What was missed with the inflation forecast? Could other economic prognostications be off? What major course corrections will have to be made? The Federal Reserve (Fed) promptly raised rates more than previously estimated during its June meeting as well as communicated higher anticipated increases at future meetings. In short, the Fed feels it necessary to apply the economic brakes more aggressively, stomping out the flames of inflation which also deflates earnings and asset prices.

The closing weeks of the quarter was met with a louder chorus of recession predictions, some going so far as to suggest a recession is upon us. Many of these self-appointed soothsayers incorrectly cite, “two negative quarters of GDP is a recession.” Fortunately, the arbiter of the economic cycle is the more levelheaded National Bureau of Economic Research (NBER). NBER’s recession definition is broader and more fluid, recognizing the dynamism of economics. The NBER’s definition is, “a recession involves a significant decline in economic activity that is spread across the economy and lasts more than a few months.2” You may recall the COVID recession lasted just two months2, not two quarters.

Various datapoints reflect a slowing economic environment, both domestically as well as globally. Yet, an honest review of the current economic data would be hard pressed to conclude a recession is here. Deliberate economic deceleration by the Fed and other central banks, via increased interest rates, is the prescription laid out in the 1970s. The goal is to ease aggregate demand to ease prices.

During the second quarter, China’s measured reopening of cities and factories has begun to alleviate the global supply chain disruptions and other business obstacles. China, still the world’s main manufacturer, is beginning to display early signs of economic recovery. However, China’s return to pre-COVID explosive economic growth is questionable as companies explore factory and facility relocation.

In the European theater, the second quarter began with war on the Eastern front and significant worries of a war induced recession, power shortages and even further Russian aggression. The Ukrainian tenacity proved far more difficult than Russia had anticipated exposing Russia’s true military strength of a house cat and not a lion. Given this backdrop, the European situation exhibited “improvement” through the period, meaning the worst-case scenario is no longer priced into the markets.

A central contributor to the surge in inflation has been the pandemic, which severely limited the supply side of the world economy. Production chains tangled, workers left the labor force and capacity in many industries was taken out of service for want of demand. Conditions on all three fronts have improved, but still stand at a deficit to pre-COVID levels.

On the demand side, fiscal stimulus enacted to backstop consumers and businesses proved excessive. The high savings level promoted spending while stifling price awareness. Further, the energy policy, for a more sustainable source, may have been too aggressive as supply of raw materials nor logistics were addressed prior to final product demand initiatives.

US equity markets had their worst start since 1970 when the S&P 500 dropped 21.5% in the first half of the year3. Interestingly, the second half of 1970 saw a 26.5% rebound3. Also keep in mind that the S&P 500 fell 34% at the onset of COVID to breakeven five months later4. Clearly, history does not repeat itself, however the depth of despair creates the foundation for optimism.

International stocks followed a similar path with a lessened drawdown in the latter weeks, due to the already suppressed valuations from the Russian incursion. International exposure offered some diversification relief. Lowered valuations across the world may offer investors an attractive foundation. 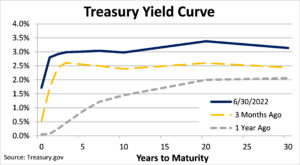 Fixed income markets finally started acting like fixed income. Bond markets were starstruck by the Fed and its rate raising activities for much of the first half. This is understandable since rates and bond prices are inversely related.

The second quarter 2022 will go down in the history books as one to avoid for future time travelers. In one sense, a 52-year record was broken; just not the milestones we like to see eclipsed. A return to pre-COVID times seems closer than ever. The return may not be the boom years of 2019, but of time in the more distant past. That’s okay as angst ultimately lays the foundation to better days are ahead.

We understand extended pullbacks can foster unease. History has shown repeatedly that the best path is stick with your portfolio allocation and stay the course, any other path will lead to lower total return over time. Should you have any questions or just want to talk, please do not hesitate to reach out to us. Hope you are enjoying the summer!