Midterms and the Markets 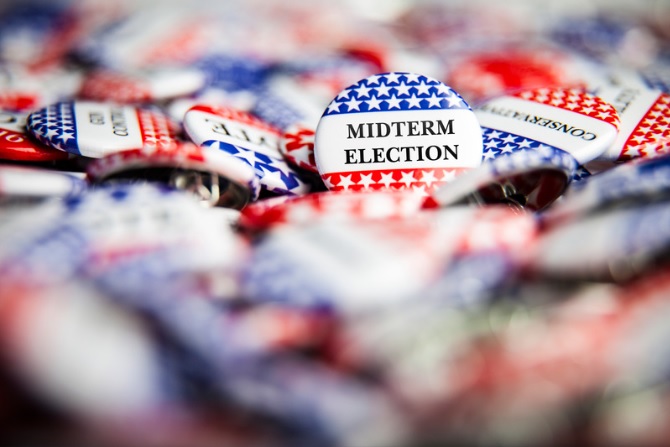 Midterms season is upon us! It’s almost time to exercise our American patriotic duty, voicing our opinions at the ballot box. A question that often arises around election times is, “How much do elections matter to markets?” We often equate political ideology with financial performance. The real answer may surprise you. Financial markets really don’t care which party is in the White House or has the majority of seats in Congress.

Here are five things history has taught us about midterms and the markets:

1.
The equity market, since 1960, has been positive in each calendar year following the midterms.2 Markets prefer policy clarity over policy uncertainty, regardless of election outcomes.

2.
Markets seem to prefer divided government. This is an often-quoted fact, however, it’s not necessarily statistically significant. One hundred years may feel like a long time, but various divided combinations do not occur that often. Regardless, markets have performed well under single party rule also.

3.
Monetary policy will likely matter more. Past periods of easy monetary policy have brought strong market returns, and that’s been true under divided governments as well as single-party Democrat rule.2 In short, don’t fight the Fed. Today, the Fed has indicated that policy will tighten in the coming months.

5.
The market’s long-term advance has occurred across many administrations and different combinations of government control.4 The Dow Jones Industrial Average, over the past century, across many different governing combinations, climbed from 100 to over 30,000.1

There are big mistakes and little mistakes. Investing based on political control could be chalked up as a big mistake. Financial markets are more concerned with policy transparency and clarity, eschews ambiguity and doesn’t care which party is carrying the political baton. Go forward with your civic duty knowing your financial future is impartial.

1Morningstar
2Source: Bloomberg and US Congress 12/31/21. Based on the S&P 500® Index.
3Source: US Bureau of Economic Analysis, Invesco, 6/30/22
4Dow Jones, 6/30/22
The S&P 500 Index is the Standard & Poor’s Composite Index of 500 stocks and a widely recognized, unmanaged index of common stock prices. You cannot invest directly in an index. The opinions expressed are those of Heritage Financial and not necessarily those of Lincoln Financial Advisors Corp. Forward looking statements may be subject to certain risks and uncertainties. Actual results, performance, or achievements may differ materially from those expressed or implied.