The Financial Markets are Foward Looking 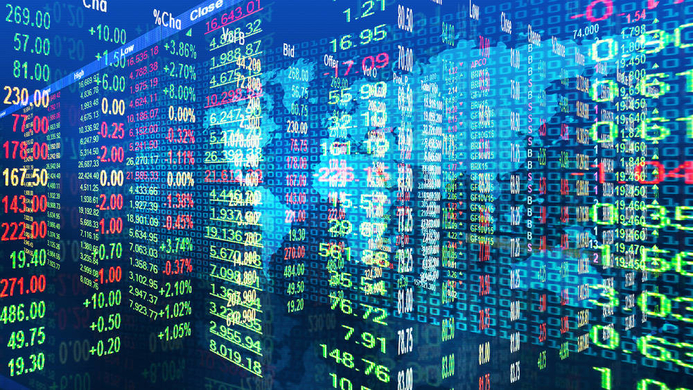 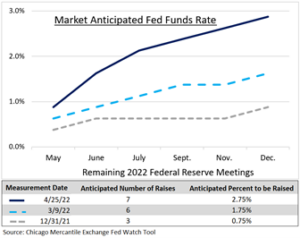 Every industry has its celebrities such as Hollywood’s Brad Pitt and Nicole Kidman; music’s Beyoncé and Bruce Springsteen; or sports’ Tom Brady and Venus Williams. People want to read about celebrities and listen to what they say. There is no one more important to economics and investing than “star” Jerome Powell, the Federal Reserve Chairman. Powell may not be as well known to the public, but he is far more influential.

The Federal Reserve (Fed) is tasked with moderating the U.S. economy. Given the size and the scope of the U.S. economy, the Fed is widely watched around the world. In fact, every speech, sentence, and word are dissected for any insight into future monetary policy direction. It turns out, Powell sent a very strong message during a recent speech to the International Monetary Fund (IMF). In short, rates will be raised higher and faster than initially communicated1. Those comments were enough to bring volatility center stage again augmenting other current concerns of the Russia-Ukraine conflict and China’s COVID lockdown impacts on supply chains.

The financial markets are forward looking. Meaning; financial markets are concerned with the future and not with the past. Powell’s comments just alerted us to an unforeseen pothole and a mudslide further down the road. The volatility we are experiencing is investment vehicles negotiating these new obstacles.

The Fed has changed its tune quite a bit from just a few months ago. At the beginning of the year, the Fed projected a rather benign rate increase through 2022. A week before their first rate raise in March, the market anticipated more rapid rate hikes, but manageable. The market now anticipates significantly higher rates by year-end. The foundational Fed Funds Rate is expected to be in the 2.75% – 3.00% range, from a range of 0.00% – 0.25% in January. Should this transpire, this hike cycle could be one of the swiftest on record.

The impetus for the Fed becoming more aggressive is the changing inflationary picture. January was accompanied by mostly temporary inflationary pressures. As the year progressed, more enduring inflationary stress was brought on by fiscal policy, the impact of Russia’s invasion, and exaggerated Chinese lockdowns.

Policy fluidity is enough to spark investor anxiety. So much change in such little time could be enough to bring doubt in the current Fed quarterback. (Where is Tom Brady?) The playbook may be a little dusty, but the playbook is from the early ‘80s. Stamping out inflation requires aggressive monetary policy. Current and anticipated strong consumer and business spending should keep the economic game moving ahead.

We are monitoring economic and market happenings, so you don’t have to. Our portfolios are based on anticipation of volatility and not reaction to it.