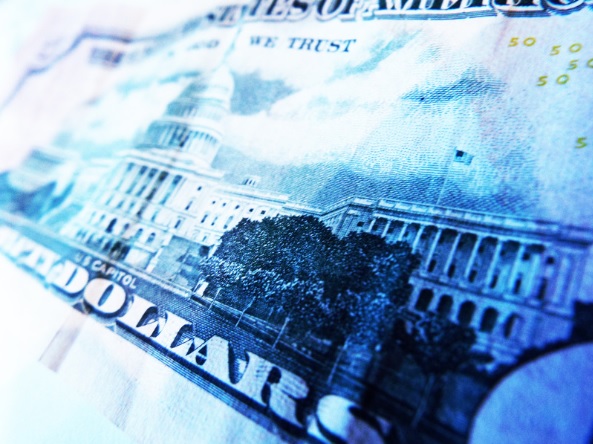 Happy Birthday! The U.S. Dollar was born July 1792 as a result of the first Congress’s Coinage Act of 17921. That is 16 years after the Declaration of Independence when things moved much slower, far different from today’s instant gratification. 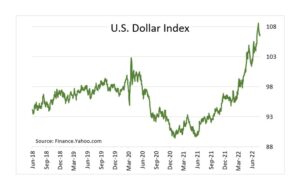 Over the past 230 years, the U.S. dollar has seen innumerable wars and conflicts, social upheavals as well as domestic and international economic calamities. Yet, the U.S. Dollar remains current, steadfast, and default-free. (Yes, there have been a few technical defaults when the U.S. paid borrowers in something other than what was promised, but creditors were made whole.) Additionally, the U.S. Dollar is a representation of the world’s largest economy. The U.S. economy is 24% of the world’s economy2.

It should be of no surprise why the U.S. Dollar has been designated as the world’s de facto currency. No modern currency can claim the history, stability, or economic heft of the U.S. Dollar. The reliance transcends the U.S. as international transactions, absent a U.S. connection, are denominated in Dollars.

Because of its status, the U.S. Dollar is held as the island of safety when uncertainty appears. Since the beginning of this year, uncertainties have compounded. Worldwide inflation, global economic slowdown and geopolitical entanglements have scared enough people to seek safety. In the currency markets, that means flocking to the Dollar. (Quick aside, until another currency, fiat or virtual crypto, can win the confidence of international business, it is highly unlikely the Dollar will be replaced as the reserve currency in our lifetimes.)

Given the international importance, the Dollar’s recent appreciation has added to commodity inflation, such as oil and agriculture, especially for smaller countries. Our Federal Reserve policymakers need to think both domestically AND internationally as their decisions reach far and wide. Jamaica and Iceland are great tourist destinations, but their combined GDP is about equal to our smallest economic state of Vermont2,3. Jamaica’s or Iceland’s central bank activity have no effect on global economics.

Economics and investing run in cycles. A rising dollar can detract from international exposure, yet as the pendulum swings back and the Dollar falls, international exposure should be accretive to returns. Dollar fluctuations can support benefits rendered from diversification to smooth overall portfolio risk.

Please stay cool as the dog days of summer are upon us. Our lines are open for any financial or portfolio questions.

1Library or Congress; loc.gov   2World Bank; worldbank.org   3worldpopulationreview.com
The opinions expressed are those of Heritage Financial and not necessarily those of Lincoln Financial Advisors Corp. Diversification cannot eliminate the risk of investment.
CRN-4880359-080122